​Pro bono practice is critical to Mark. In addition to serving as a volunteer lawyer for Legal Aid of North Carolina, he is a member of the Fourth Circuit’s Criminal Justice Act Panel, through which he handles federal appeals on behalf of indigent criminal defendants. Mark also works with the ACLU of North Carolina, and other organizations, to bring civil rights claims and pursue pro bono appeals. 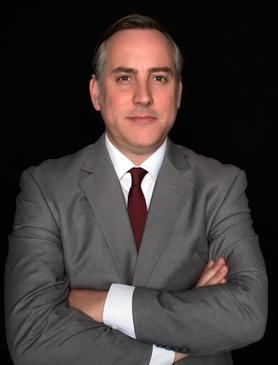 After graduating first in his class at Duke Law School, Mark practiced business litigation with North Carolina's largest law firm and then a notable business litigation boutique. He has wide-ranging experience in all parts of complex civil litigation, from investigations and pleadings to motions and trials. He also helps clients avoid and cut short litigation through work-outs and mediation, when that makes business sense.

​Mark also has significant experience with complex appeals—in the North Carolina appellate courts, the federal courts of appeal, and the United States Supreme Court—that began with his two-year clerkship on the U.S. Court of Appeals for the Fifth Circuit. He represents on appeal both clients that he represented in the trial court and clients seeking a new appellate attorney.  Mark is a North Carolina Board Certified Specialist in Appellate Practice.

Mark's peers have given him the highest rating possible in Martindale-Hubbell, and he is recognized as a "Super Lawyer" (and in that publication's list of the top 100 lawyers in North Carolina) and by Business North Carolina Magazine as part of the "Legal Elite."